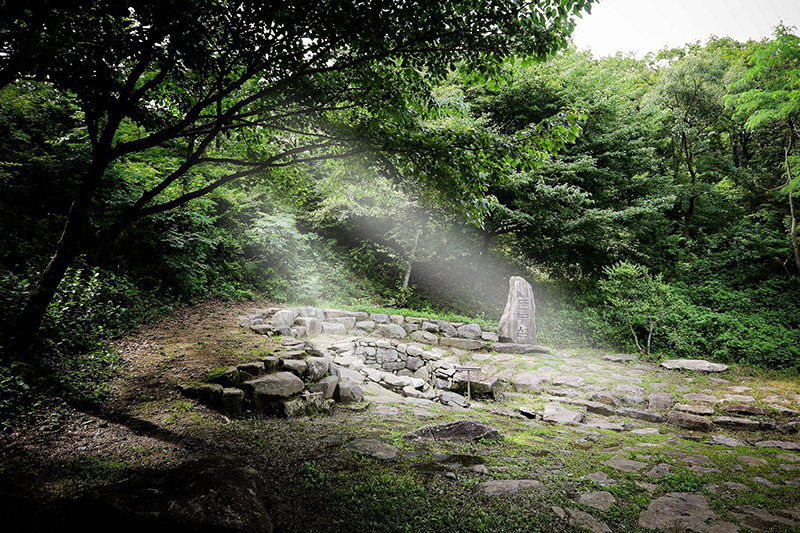 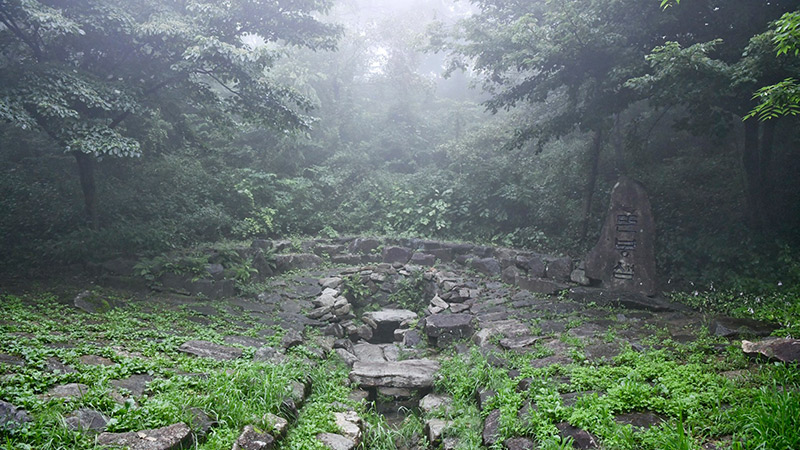 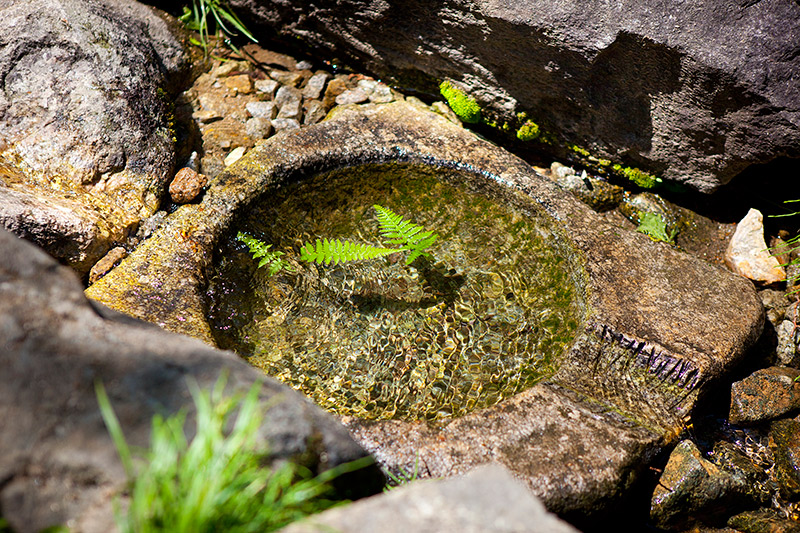 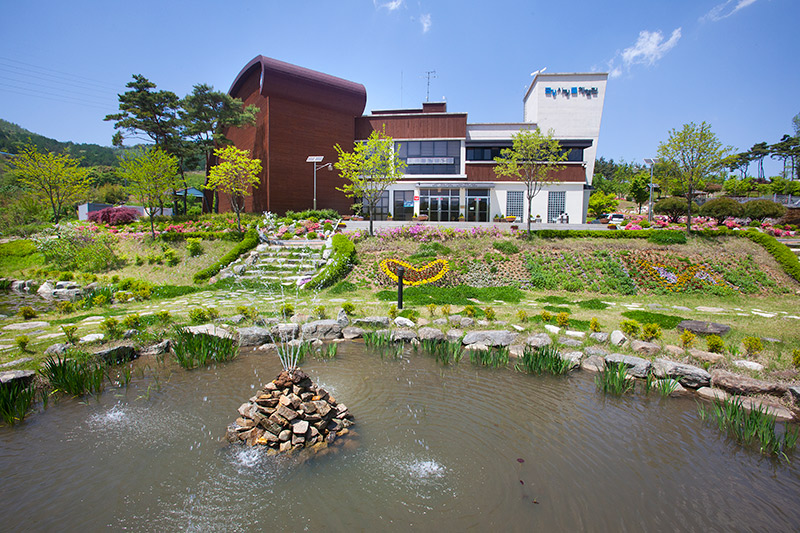 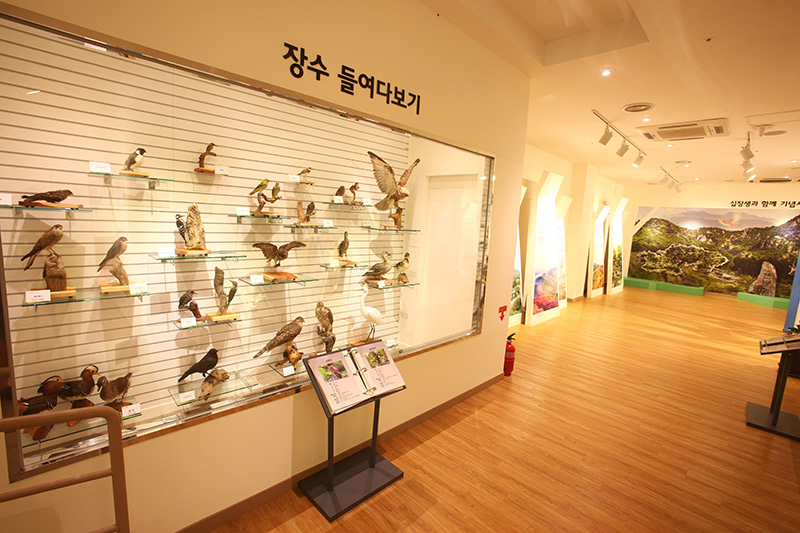 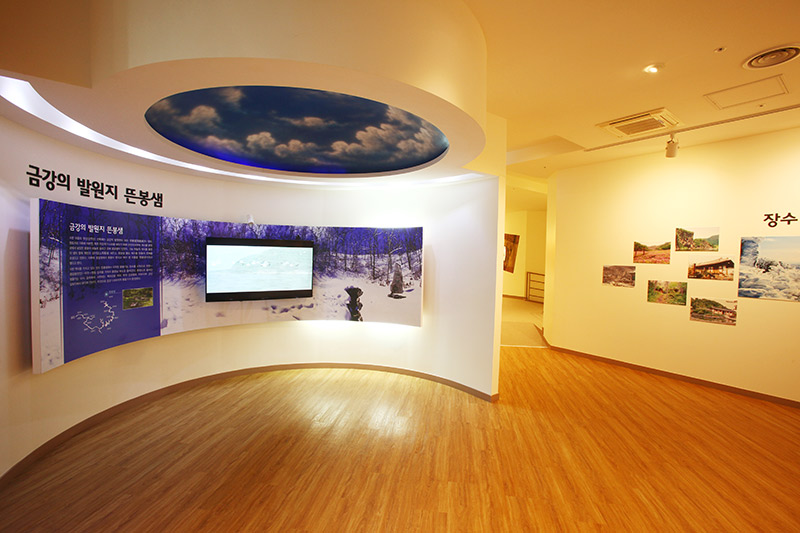 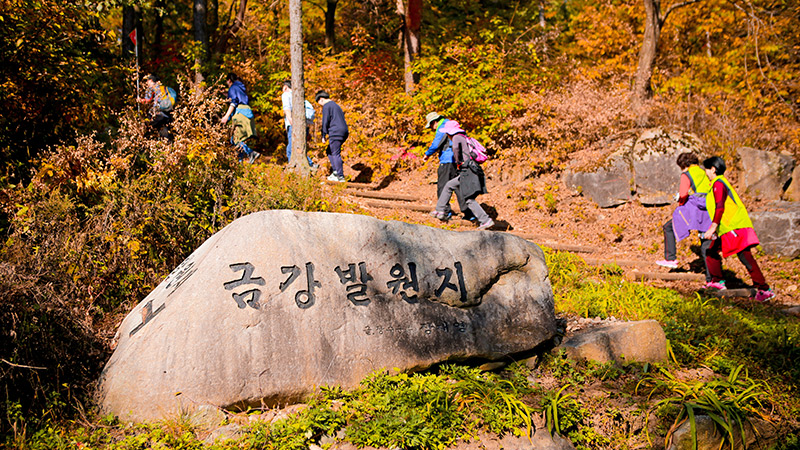 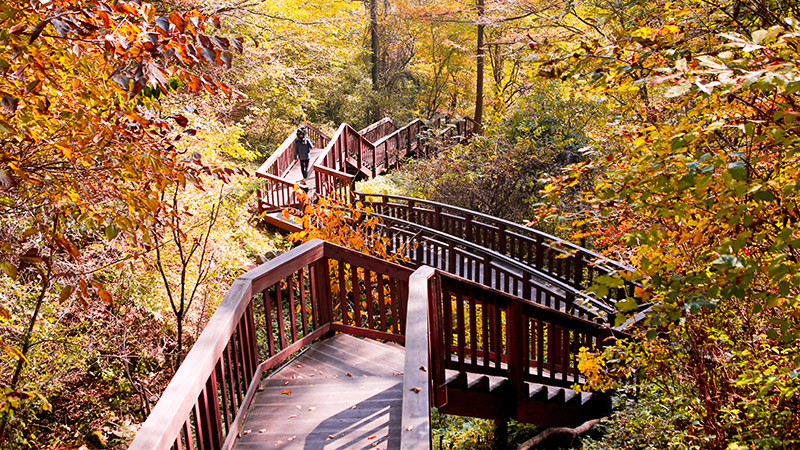 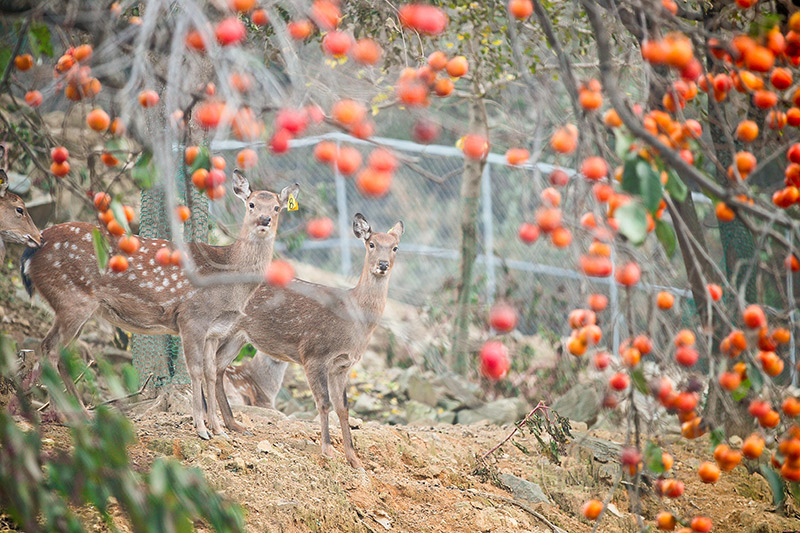 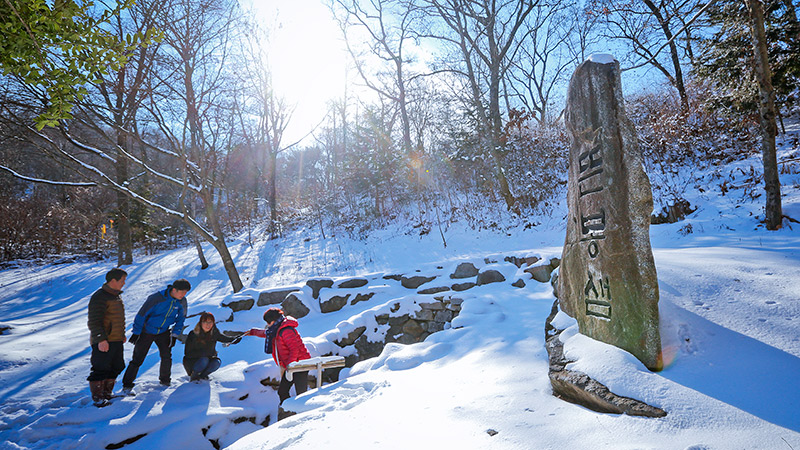 The origin of Tteunbongsaem Spring has the following story;
『The first king, Yi Seong-gye, who established Joseon, built an altar on the hillside of Sinmusan Mountain to start praying for 100 days in order to receive a revelation from the mountain gods of the national Yeongsan so that he could gain a country. On the dawn of the hundredth day, a rainbow rose from the valley a short distance from the altar, and a colorful phoenix rode the rainbow and left to the sky. Hearing the heavenly revelation from the air where the phoenix was leaving, he heard “Open a new country,” Yi Seong-gye built the Sangiam Hermitage beside the altar and made sacrificial food with the spring water to serve a ritual for the worship of the heavenly gods. The phoenix emerged from the spring and the name of this place was became Tteunbongsaem Spring.』