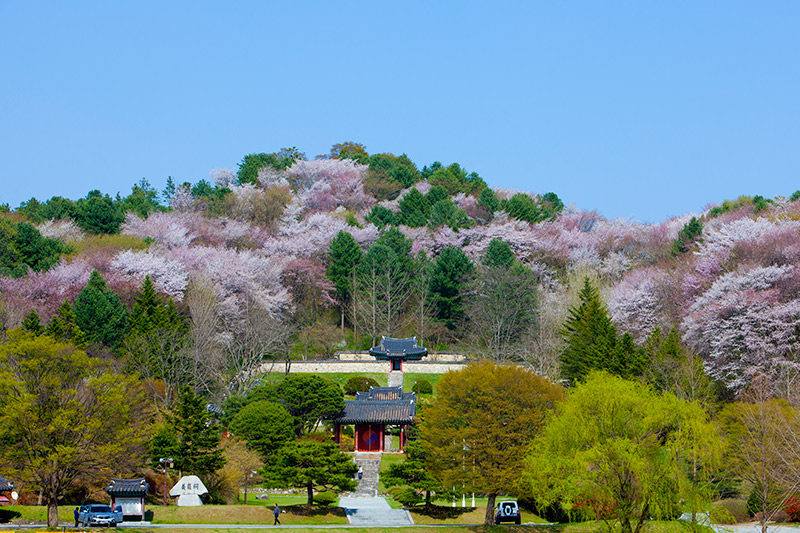 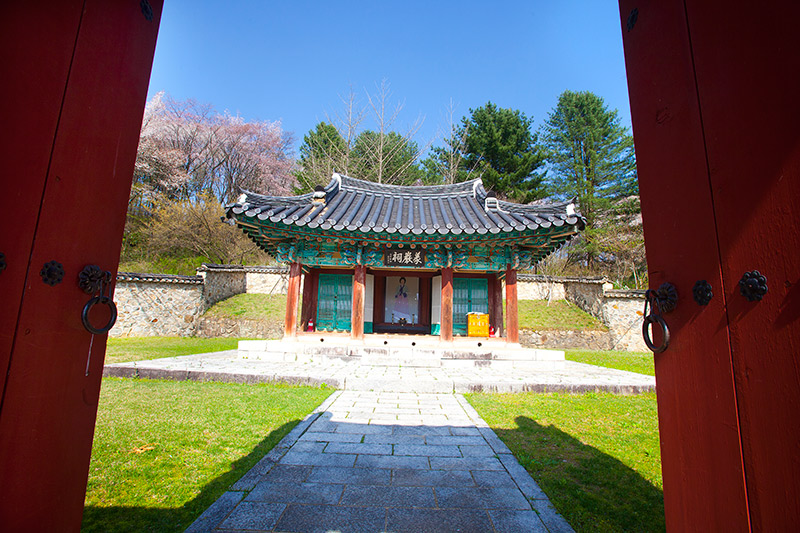 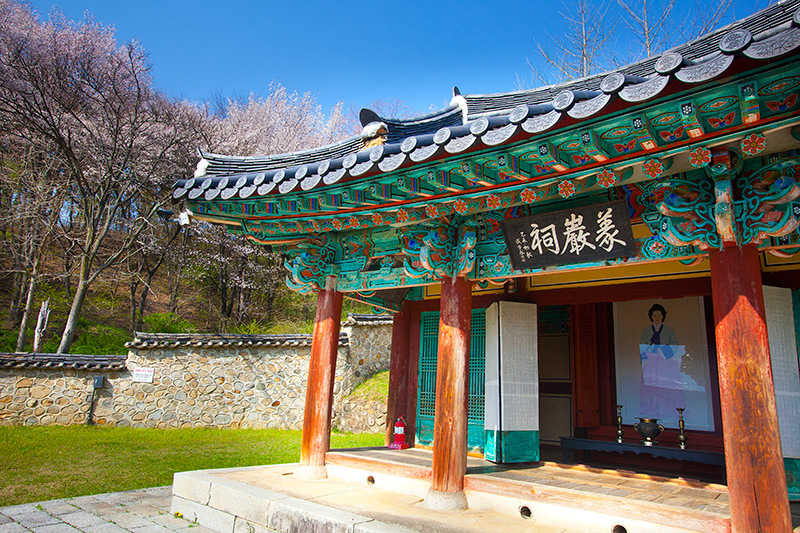 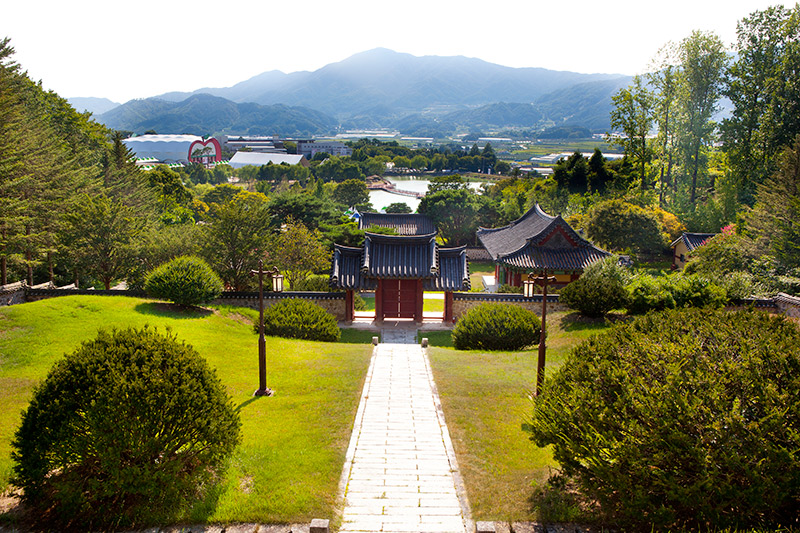 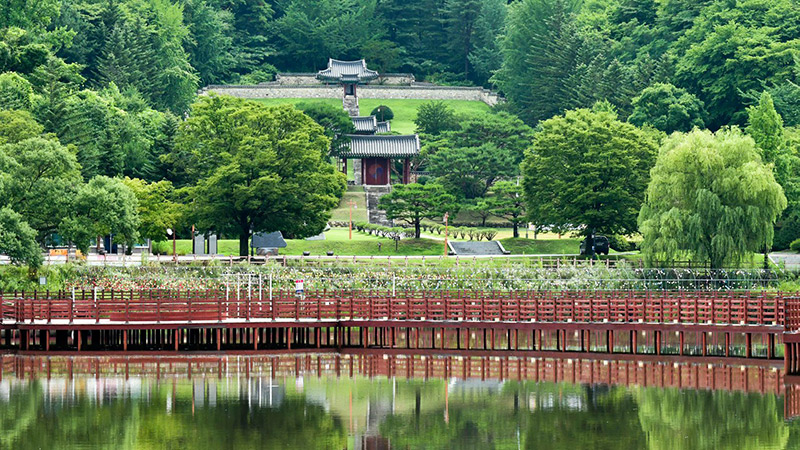 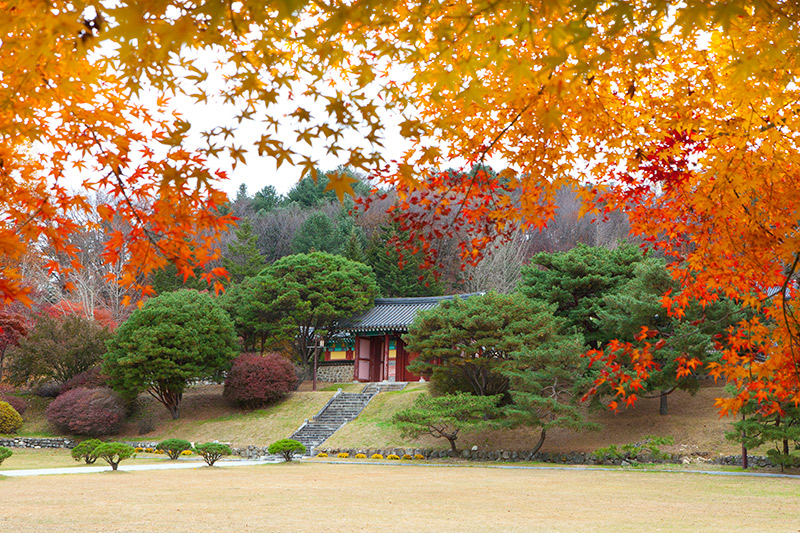 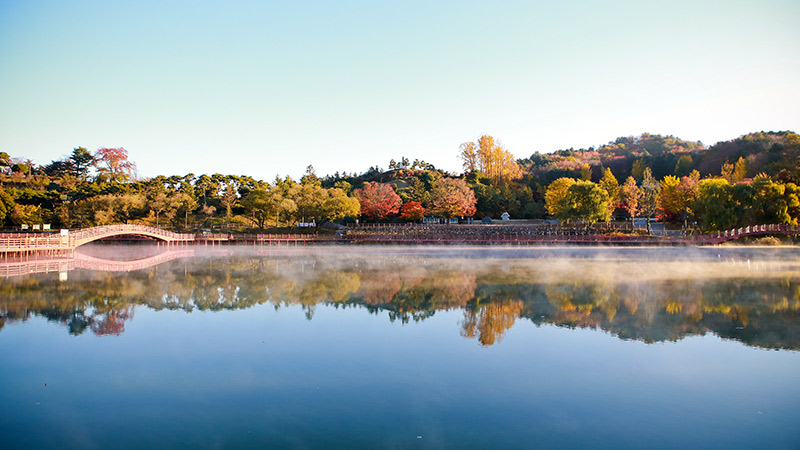 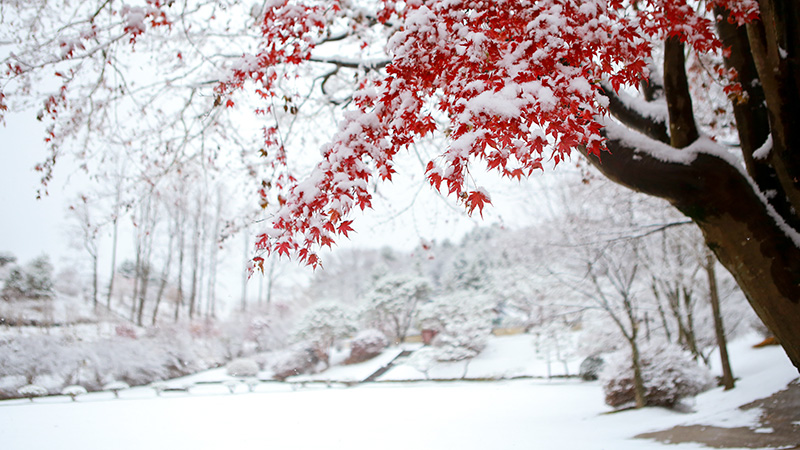 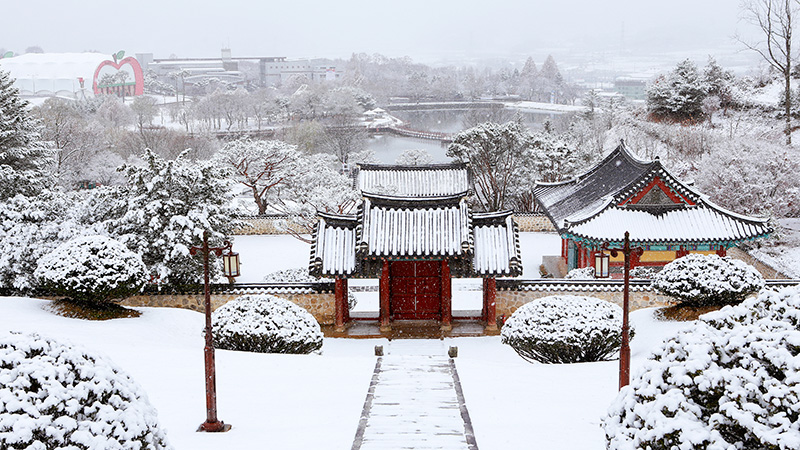 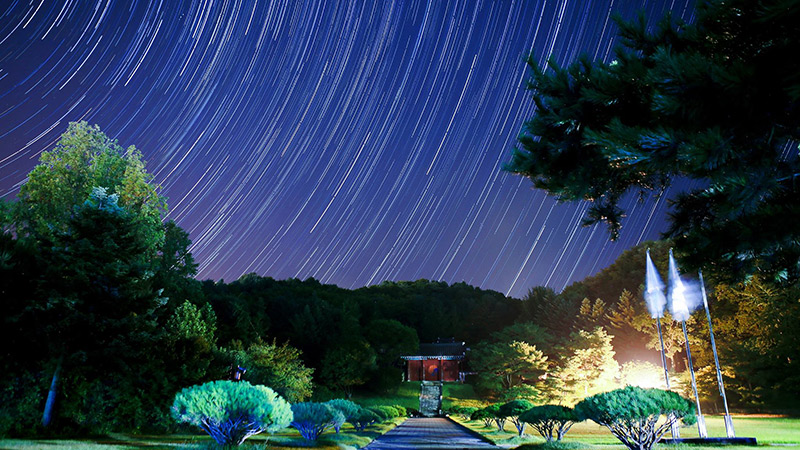 Joo Nongae, born in Jangsu, followed the will of her husband, General Choi Gyeonghoe who wanted to defend the country during the Japanese Invasion of Korea in 1592, disguising herself as a courtesan and sacrificing her life for her country on the rocks called Wiam in the Namgang (Riv.) that flew under the Chokseognu Pavillion in Jinju. Since Wiam became a righteous rock, it became Uiam which also became a pseudonym of Joo Nongae. To commemorate Nongae, who recognized the great cause at a young and blooming age, and took the path of unswerving loyalty, Jeong Ju-seok, the governor of Jangsu erected the 『Stone Monument of the Birth and Growth Town of Nongae, the Chokseog’s Spirit』 in 1846 and county residents of Jangsu established the Nongae Shine by themselves in Namsan, Jangsu-gun in 1955.

Located just in front of the Uiamsa Shrine, Doosan Reservoir (formerly Jangwon) is now called Uiamho Lake. As the forest around Uiamho Lake and Ojakgyo Bridge of Waterside Tech are connected, there is a healing trail for visitors and local residents. There are welfare facilities prepared such as outdoor stages, multi-purpose sports ground, a general sports complex, the Hannuri Arts Center, a swimming pool, movie theaters, and performance facilities within and around the park, so local residents can enjoy culture, art, sports, and improve their quality of life.